skip to main | skip to sidebar


The factory with the measurement of 4 to 5 acres has been lying and putting consumers in an illusion by putting their own ‘halal’ sign in jawi/roman(rumi) on the wrappers of their products. Furthermore this factory which produces CAP CILI, CAP KETUPAT, CAP LANGSAT and CAP CABAI BURUNG has NEVER get the permission of halal logo/sign from JAKIM. In fact, their request for recognition certificate had been rejected by Majlis Agama Islam Pulau Pinang. 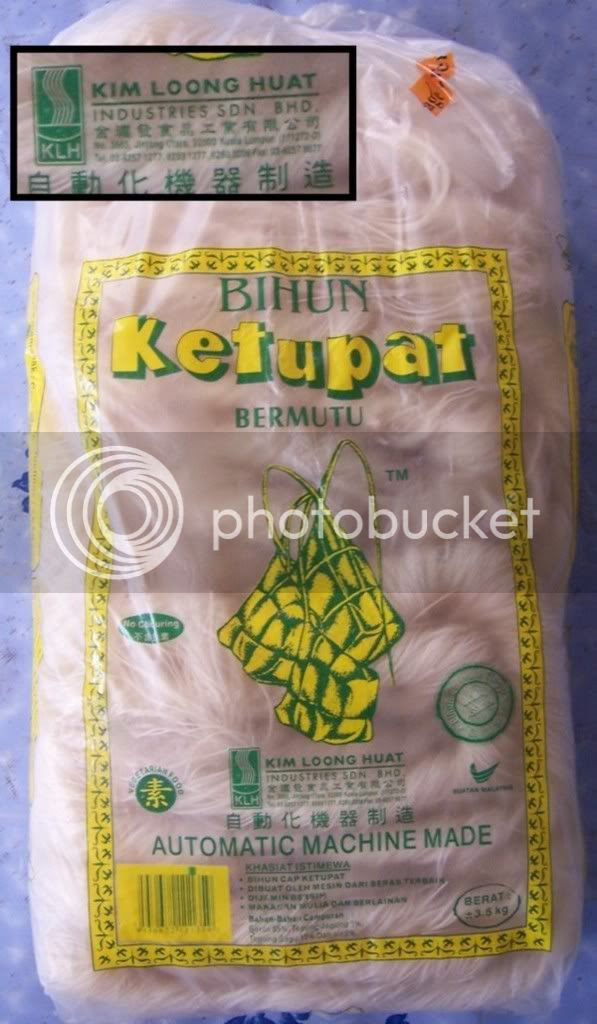 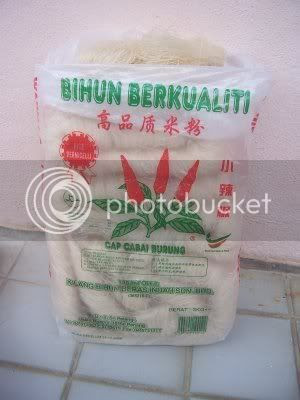 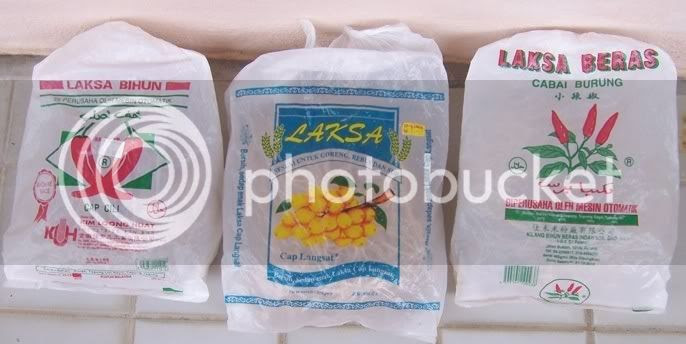 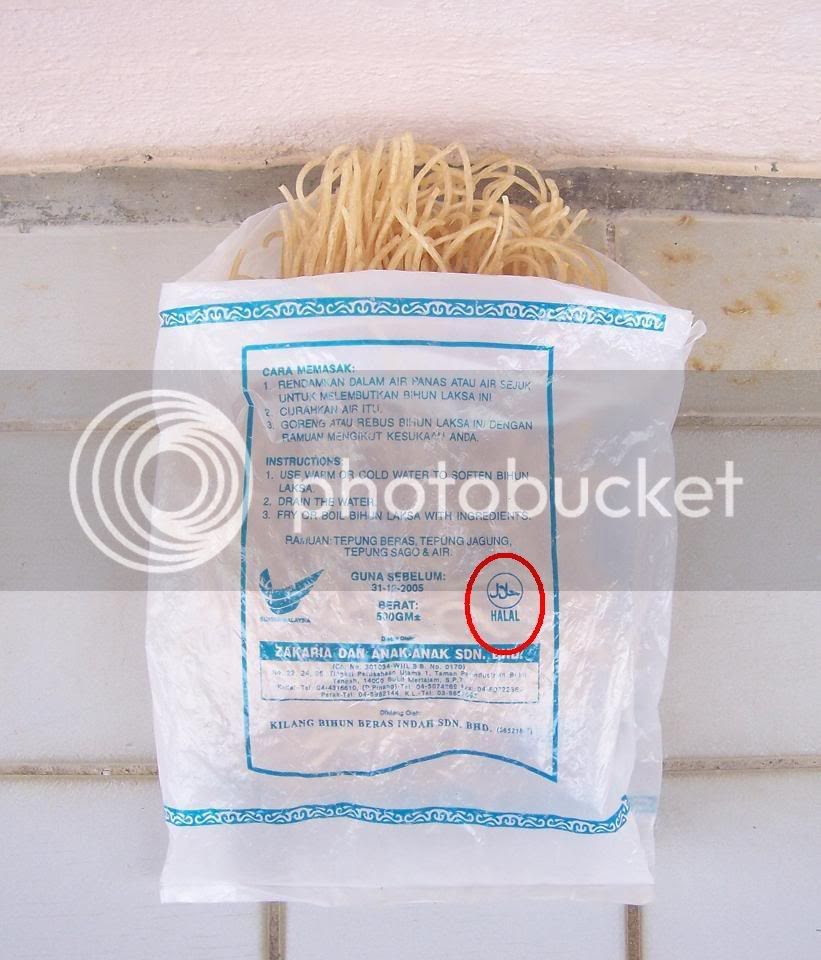 When the halal sign is seen on the wrapper of a food product, it shows a trade matter which is used for food that is ‘Halal’, ‘Ditanggung Halal’ or ‘Makanan Islam’ or is understandable by Muslims that they are allowed by their religion to consume the food. The official halal sign from JAKIM has:

a) a star with 8 angles in the middle of a circle;

d) the circle sign is written “Malaysia” in Roman and ماليزيا in Arabic;

e) two small stars with 5 angle is placed to separate the roman writing and the Arabic word..

a) there can be seen the registration code for he halal sign for the country under the roman “HALAL”:

i. the letter “H” which stands for Halal

‘10’ representing the registration code for Selangor 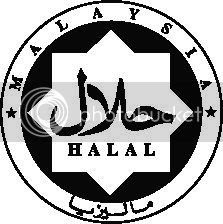 Therefore, how did his situation occur?

What is more surprising is there’s a pig husbandry with the measurement of approximately 4-5 acres which is capable of rearing hundreds of pigs at a time next to the factory itself and this two areas are separated only by a gate. How very near the bihun processing factory and the pig husbandry is with the result that they share the same gate!! The area is surely not as INDAH as the name of the factory. And this goes off from the halal sign used as the food premise is situated next to an excrement area. It is known that the owner of Kilang Bihun Beras Indah and the pig husbandry is related to each other which explains why the both areas share the same gate, ditch, water channel, roof and wastage system. 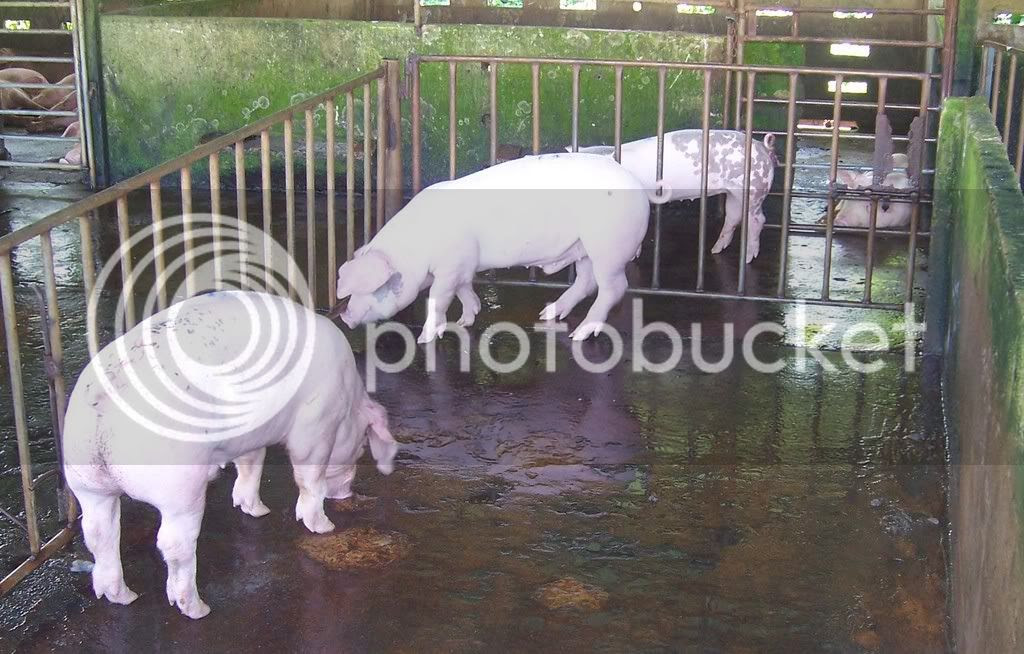 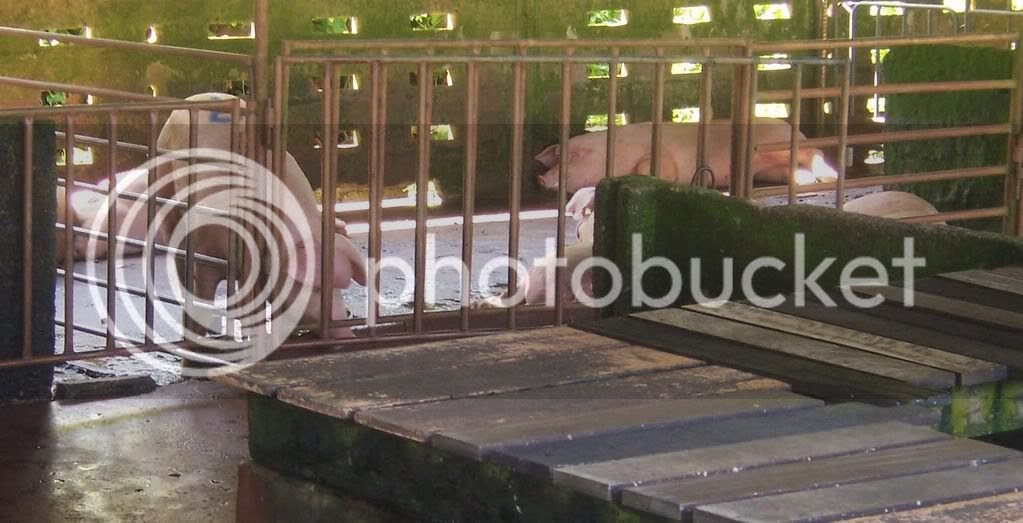 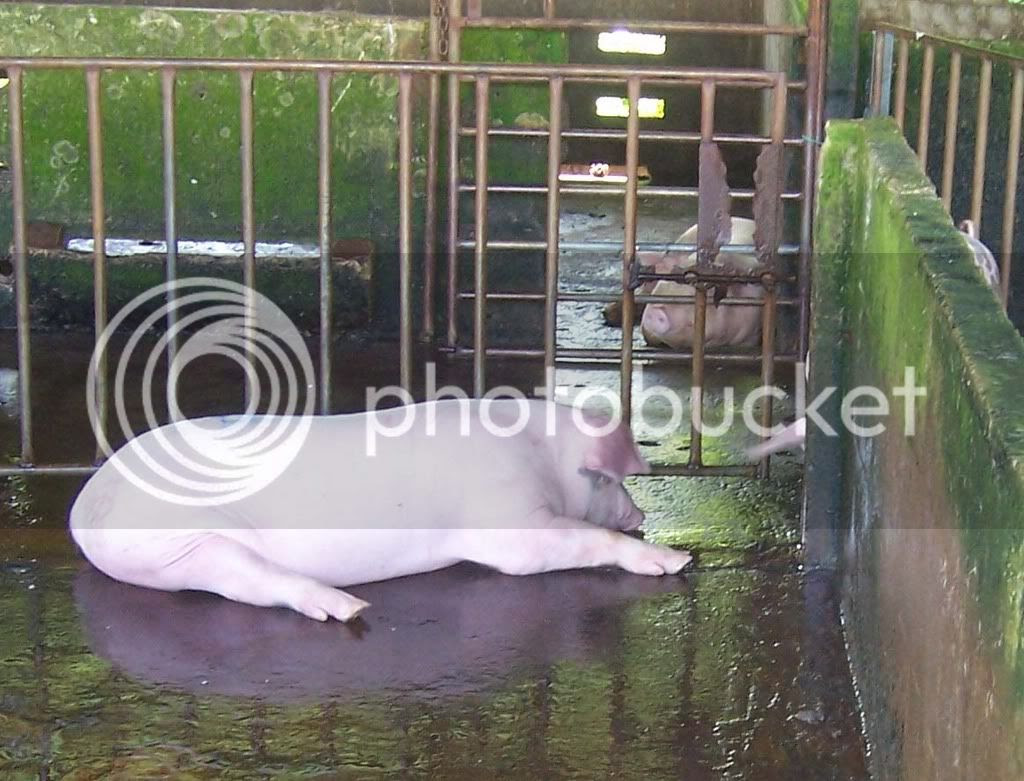 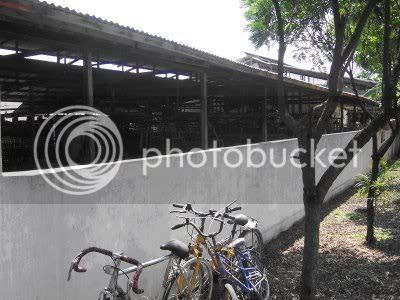 The condition inside the husbandry next to the factory BIHUN BERAS INDAH Sdn Bhd, Tasek Gelugor, Seberang Prai Utara. 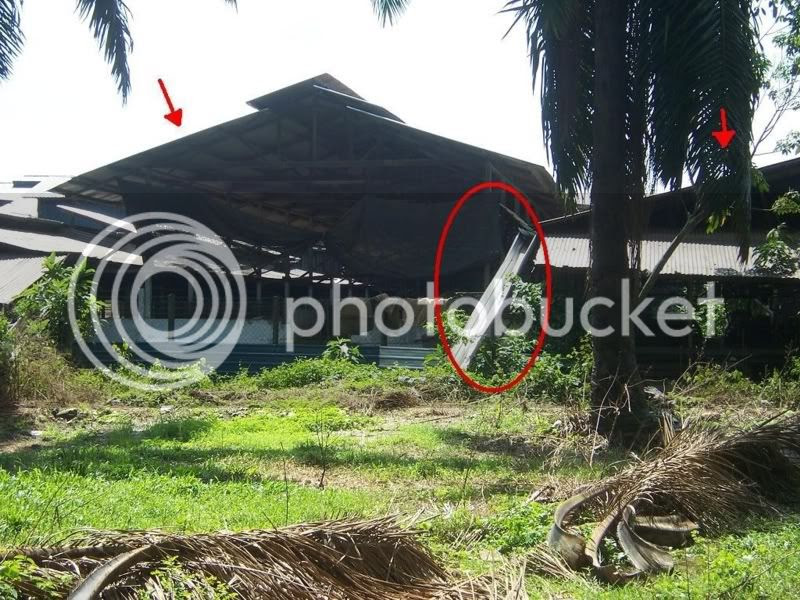 View from the palm tree farm. The red arrow on the left is pointing to KILANG BIHUN BERAS INDAH and the other arrow is pointing the husbandry.

It is understood that the factory party gets their water source to process the bihun and laksa by
sucking it out from the underground water source to conserve cost. Have you ever thought about the cleanliness or pureness of the water used? And what about the condition of the bihun processed using the water which definitely contains the excrement water. This is like we’re consuming excrement pig and once again opposing with the halal sign used because it is processed using materials that is no t free from excrement. Consumers might never realize that they have ingested bihun with pig’s flavouring. What would they feel if they ever knew? How very disgusting!! Other than than, the factory and husbandry is located next to each other and are suspected to be sharing the same wastage system. 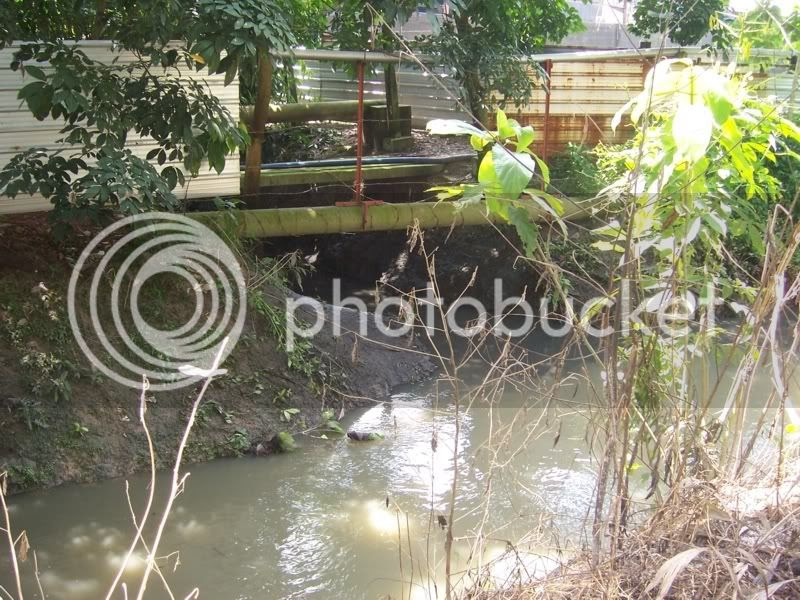 Pipe which continues to the wastage 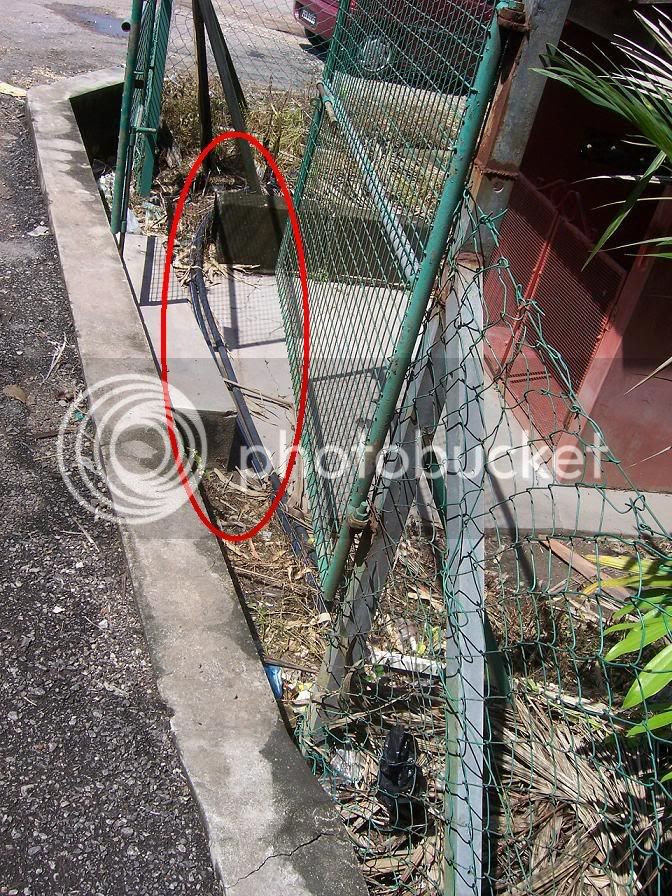 The pipe that sucks water from underground water 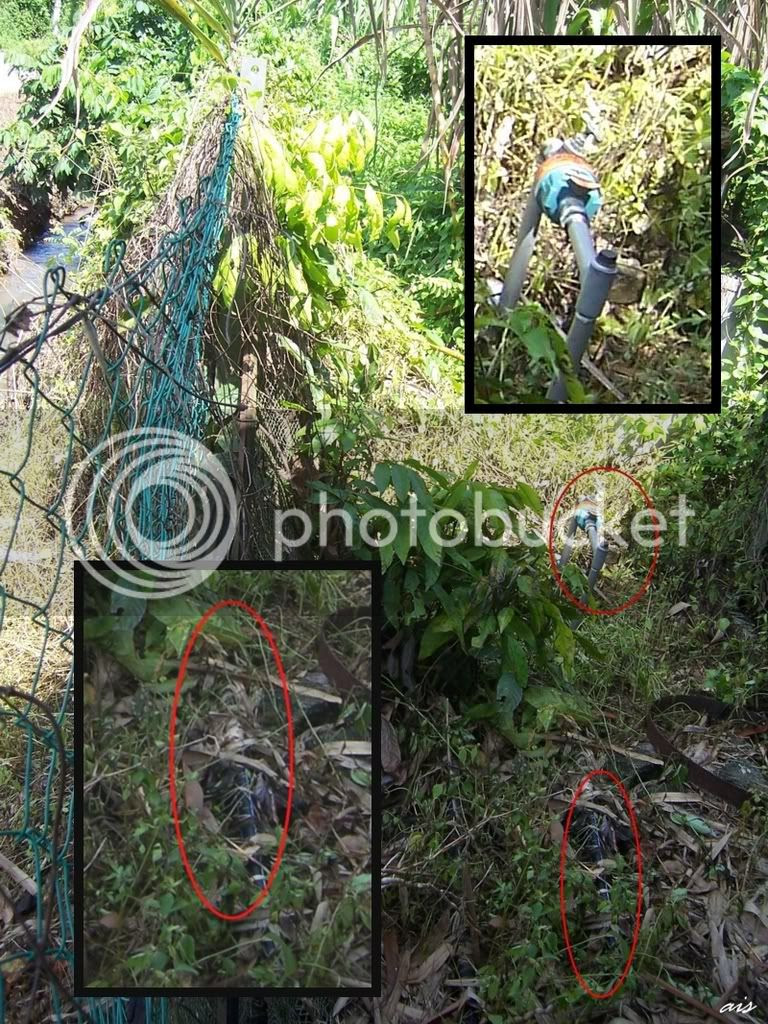 How about the residents’ conscience about the strong odour that is contaminating the air? As far as 2km of odour coming from the husbandry can be smelled. Just imagine the acceptance and suffering that has been endured by the residents all of this time. We don’t have to be surprised if the residents’ health is affected as an implication of the odour from the pig husbandry.

Other than that, as a wish to gain profit, there are some of local businessmen who often misuse or take advantage with buying the product from the factory. What more astounding is that there are some of businessmen or wholesalers who are Muslims who are often seen coming to the factory to buy their product. Are they just looking at the condition around as simple or not important or they never knew about the existence of the husbandry or rather they are not sensitive about HALAL & HARAM? They go as far as betraying their Muslim brotherhood or in other words, how very ignorant that Muslim Malaysian is!! 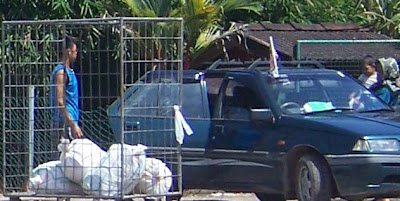 A Muslim wholesaler can be seen buying products from the factory

Another deceit that Kilang Bihun Beras Indah did with putting the registration address of the company:-

Wrapper for the bihun is different from the actual address for the purpose of confusing consumers. Owner who’d want to register their factory should put their factory’s address like BIHUN BERAS INDAH should put their own address at Jalan Tingkat 6, Kampung Selamat. Why do they have to put different addresses? This is because Kampung Selamat is well-known for extensive pig farming.

How come this factory got licence? 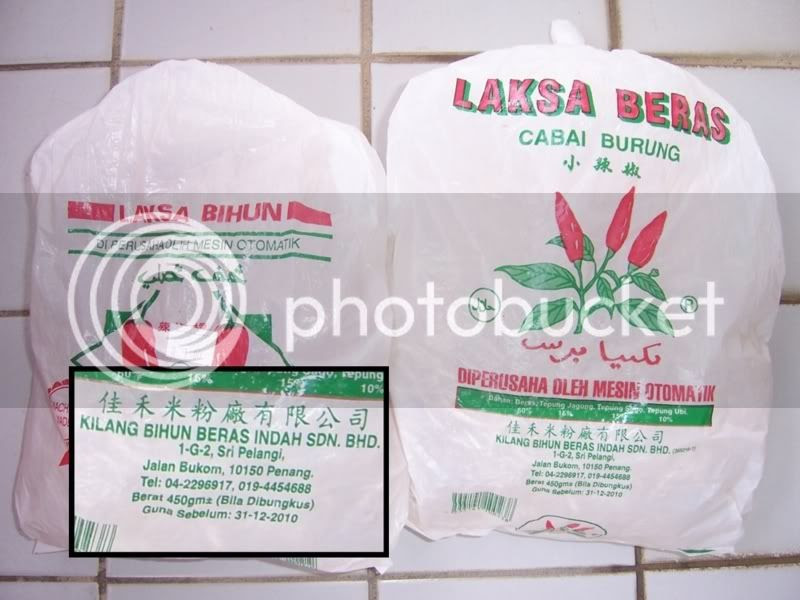 What is being questioned is how did Kilang Bihun Beras Indah Sdn. Bhd. the permit from Majlis Perbandaran Seberang Prai (MPSP) while the husbandry has existed since more than 10 years ago and on what reason did Kilang Bihun Beras Indah is allowed to operate? Did they use bribery? Isn’t it queer that they managed to open the factory and last up to now? It is out of the question if we think logically!! In addition, according to sources obtained, about 2 years ago(2005) Kementerian Perdagangan dan Hal Ehwal Pengguna - P.Pinang, Jabatan Kesihatan Negeri P.Pinang and Majlis Agama Negeri P.Pinang have rushed this factory. But unfortunately until now the factory is still operating as usual.The next deceit, this factory also produce bihun and laksa with the brand name CAP CILI, CAP KETUPAT and CAP LANGSAT for two of their regular costumers that is:- 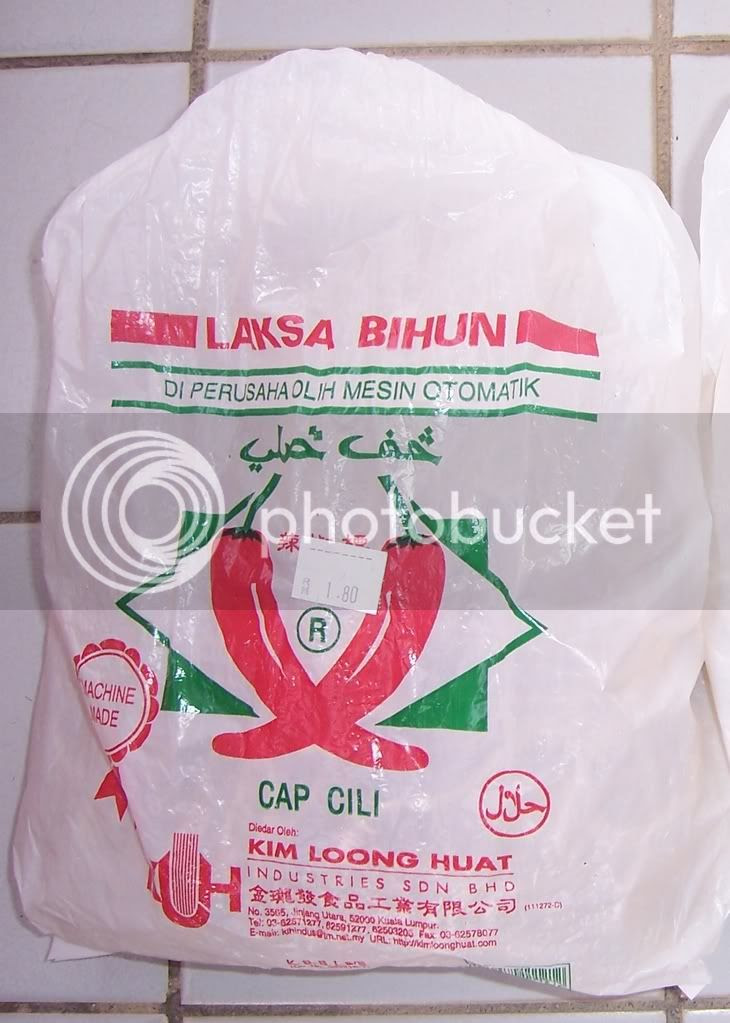 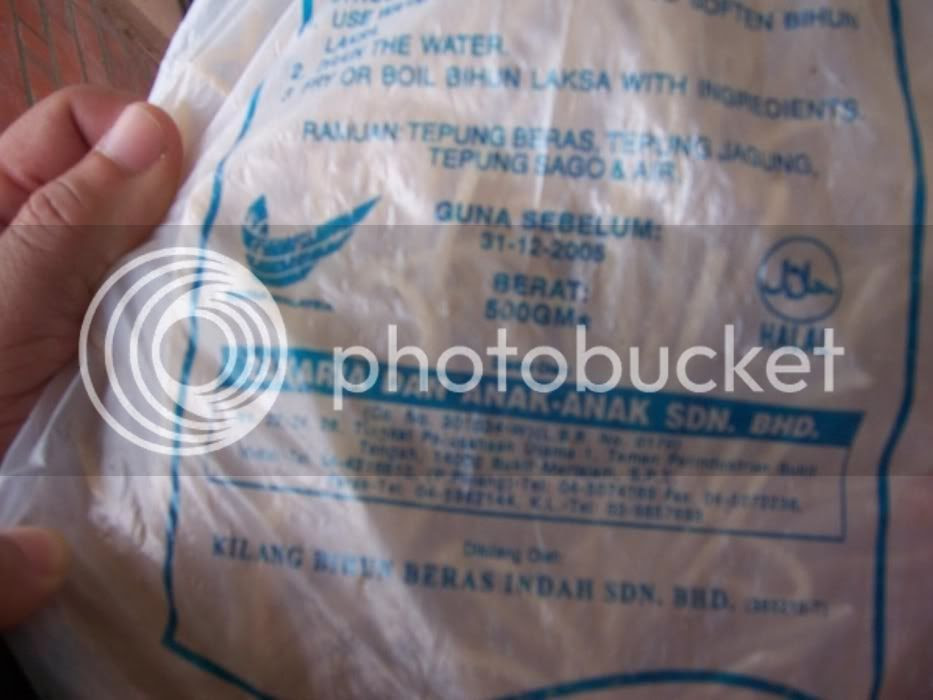 Kilang Bihun Beras Indah Sdn Bhd is still producing under the name Zakaria Dan Anak Anak Sdn Bhd, iaitu Cap Langsat, even though this company is no longer operating. If we look carefully, both of the product bears the “halal” sign in roman and jawi.

Where is the authority that can thwart this activity? JAKIM ?? KPDNHEP ?? or even MPSB. The government has to do something about this. They have to make sure that every usage of signs or logos and even the roman and jawi writing that gives the meaning of clean, pure, Muslims food or guaranteed halal which is not granted permission by JAKIM is obliged to get indicted. If it is not controlled and still ongoing, it will give a negative implication to Malaysia as it is a Muslim Country and a halal product producer within and outside the country. 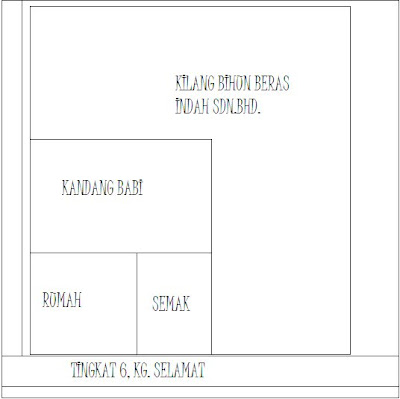 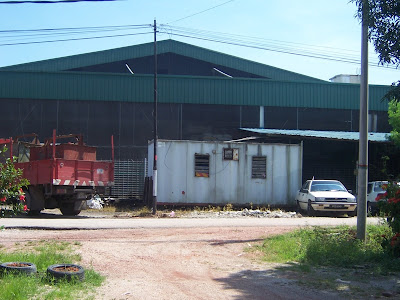 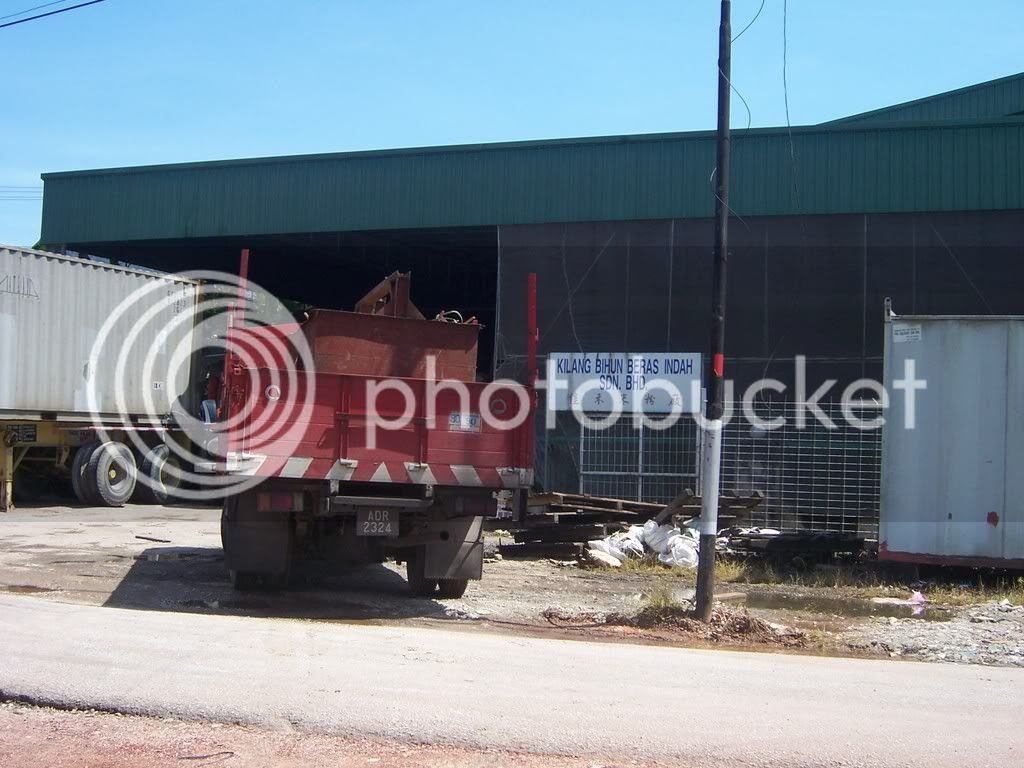 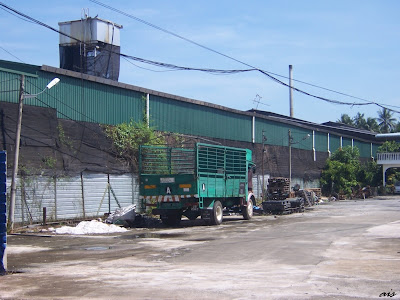 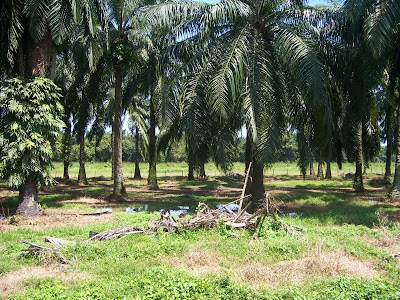 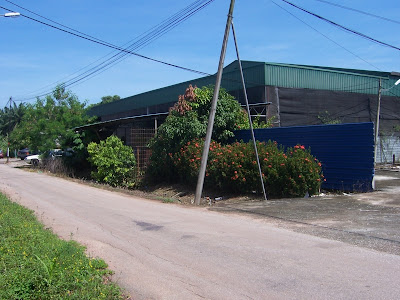 2-dimensional view from the main road 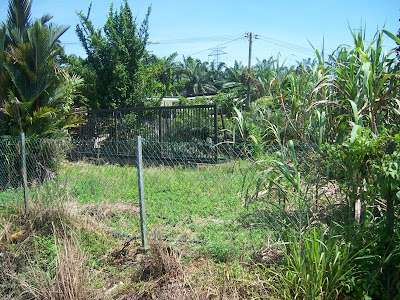 The pig husbandry is located bahind this gate around 30m 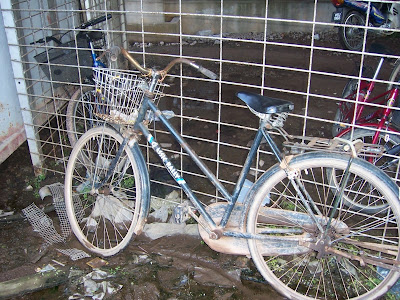 How very unhygienic this factory is 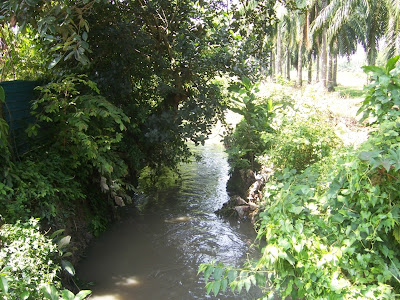 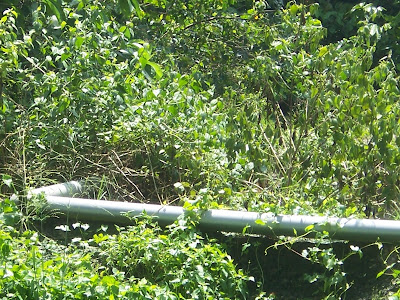 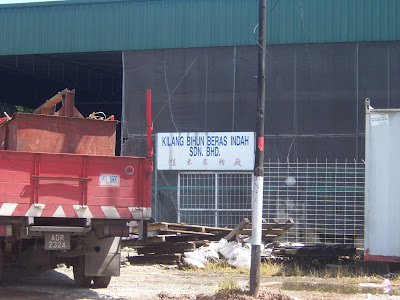 Proof of the existence of the factory:

is ths jakim's official website? if not, u should reveal ur identity so we will not think u are just making up gossip.

but thanx to u 4 the info. really appreciate it and i'll make sure to be creful when buying foods. and do share new info u get,k.